Whether a person charged with a crime is convicted depends in large part on the skill of his or her attorney. If you face criminal charges, it is vital to retain an assertive attorney who will present persuasive arguments on your behalf to help you protect your rights. Attorney Dayna L. Jones is skilled at navigating the Texas and federal court systems. Ms. Jones assists people in criminal matters throughout Bexar County and the surrounding areas. She is a compassionate advocate for people who are going through some of the most stressful times of their lives.

Anyone charged with a crime is innocent until proven guilty, and they have the right to be defended by an attorney. While the State must prove each element of a crime to obtain a conviction, criminal defendants are not required to produce any evidence at trial. In many cases, however, it is helpful for a person charged with a crime to set forth evidence of his or her innocence, or set forth an affirmative defense for the acts out of which the charges arose. Whether your charge is a misdemeanor or a felony, it is imperative to retain a criminal attorney in the San Antonio area who can devise a strong strategy on your behalf.

A DWI conviction may not only result in criminal penalties but also lead to a driver’s license suspension, and it may adversely affect your career and reputation. In Texas, to convict a person of DWI, the State must prove that the person was operating a motor vehicle while he or she was physically or mentally impaired due to the consumption of alcohol, or that the person’s breath or blood alcohol concentration was .08 or higher. There are numerous defenses that a person can set forth to try to avoid a DWI conviction. For example, if the police officer who conducted the traffic stop did not have a valid reason for doing so, any evidence obtained during the stop, including proof of the driver’s alleged intoxication, may be inadmissible.

Drug crimes can range from misdemeanor charges for possession of marijuana to felony drug trafficking charges. For many drug charges, the State must prove that the defendant knowingly and intentionally possessed a controlled substance. Thus, if the State cannot prove that you purposely possessed a controlled substance, you may be able to avoid a conviction. Additionally, even if the State has evidence that the drugs were actually in your possession, if you were unlawfully searched and detained, the State may be precluded from introducing such evidence. A San Antonio criminal attorney can help you file a motion to suppress, which may end the case against you.

Violent crimes often come with harsh penalties and require an aggressive defense. Murder, manslaughter, and other forms of homicide can result in decades of imprisonment upon a conviction. Even if you are convicted of a less serious violent crime, such as assault, the court may sentence you to a lengthy jail term and remove your right to possess a firearm. Sometimes the altercation leading up to the alleged crime was more complex than it seems at first glance. A defendant may be able to argue that they were acting in self-defense and that their acts were required for their protection or the protection of another person.

Numerous acts fall under the definition of sex crimes, including rape, sexual assault, and criminal solicitation of a minor. A conviction for a sex crime may cause irreparable harm to your reputation and may require you to register as a sex offender. If you are charged with a sex crime, the defenses that you set forth will depend on the specific crime that you allegedly committed. In some instances, a defendant may be able to assert that the alleged victim consented to the sexual acts, while in others, the defendant may be able to argue that their constitutional rights were violated during the investigation of the crime. It is important to meet with a knowledgeable San Antonio criminal lawyer to discuss your options.

Internet crimes range from hacking, fraud, and identity theft to harassment and invasion of privacy. There may be numerous defenses available to these charges, such as a lack of intent to commit the crime alleged or the victim’s consent to access information that was allegedly stolen. Criminal charges arising out of behavior online form a relatively new area of criminal law, and not all defense attorneys have experience representing people charged with internet crimes. You should make sure to select an attorney who has the distinctive knowledge and skills needed for these complex cases.

Federal criminal cases can be more complex than cases involving state crimes and can result in greater penalties, including imprisonment in a federal penitentiary. Federal charges are filed against individuals who are accused of committing crimes that crossed state lines, such as drug trafficking, or who allegedly violated a federal statute. In cases involving federal crimes, federal prosecutors must present evidence to a grand jury, who will determine if there is a sufficient basis to charge a person with a crime. If so, the person will be indicted, arrested, charged, and then arraigned. If you are being investigated for committing a federal crime, it is critical to engage a criminal lawyer in San Antonio who is skilled in handling federal cases.

While some criminal defendants feel fortunate to be sentenced to probation, it does not mean that they are free to do as they please. Instead, probation involves terms that a defendant must follow, such as limitations regarding where the defendant is permitted to travel or where the defendant is permitted to live. If a defendant violates the terms of his or her probation, he or she may face severe penalties, including jail time. The State is only required to show by a preponderance of the evidence that you violated the terms of your probation, which is a significantly lower burden than in criminal cases. If you are charged with a violation of the terms of your probation, the court will conduct a hearing during which you have the right to be represented by an attorney.

Expunction and Orders of Non-Disclosure

An arrest record can be detrimental to a person’s ability to obtain a job or housing, and it may affect personal relationships as well. If you were arrested but were not convicted, you may be eligible to obtain an expunction or an order of non-disclosure. An expunction is available for people who were arrested for a crime but either were found not guilty or were convicted and then pardoned. It also can be an option when the case has been dismissed. An expunction removes all evidence of the arrest, which allows people to move forward with their lives as if the arrest never occurred. Meanwhile, an order of non-disclosure seals arrest records, which prevents your arrest from being disclosed in a general background check. An order of non-disclosure is an option for people who were placed on deferred adjudication community supervision for certain offenses.

Even if you were convicted of a crime, you still may be able to fight to protect your liberties with the assistance of a criminal lawyer in the San Antonio area. State and federal courts allow people convicted of a crime to appeal the conviction. There are multiple grounds that you potentially can set forth to appeal a conviction. For example, you can argue that the trial court committed an abuse of discretion in precluding or admitting evidence, or that the jury’s verdict was against the weight of the evidence. If you believe that you were wrongfully convicted, it is essential to retain an attorney who is skilled in handling criminal appeals. It is crucial to act promptly, moreover, since there are strict deadlines for filing an appeal.

Speak with a Trusted San Antonio Attorney Regarding Your Charges

If you have been charged with a crime, no matter how serious or minor, you should meet with an attorney who can develop a plan to fight the charges as vigorously as possible. Attorney Dayna L. Jones is proficient in handling both state and federal criminal cases, and she has the knowledge and experience needed to help you defend your liberties. Ms. Jones' office is located in San Antonio, and she regularly represents people charged with crimes throughout Bexar County, as well as in Comal, Hays, Travis, Bandera, Guadalupe, Karnes, Kendall, Atascosa, and Bee Counties. You can contact Ms. Jones at (210) 255-8525 or through the online form to set up a confidential and free meeting with an experienced criminal attorney in San Antonio. 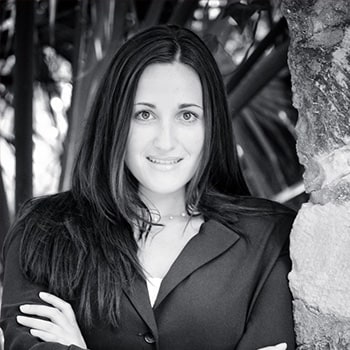